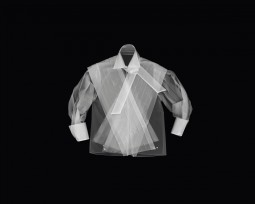 This August, our Tumblr is dominated by the white shirts of Gianfranco Ferré. It is this simplest of pieces that the designer took and reinvented endlessly, resulting in extraordinary reincarnations. His masterpieces can now be enjoyed on our Tumblr.

To honor his work, the Gianfranco Ferré Foundation set up an exhibition around the white shirt specifically, aptly named “The White Shirt According To Me. Gianfranco Ferré”. This exhibition was first hosted by Museo del Tessuto in Prato earlier this year.

For the exhibition and the catalogue, photographers Luca Stoppini and Leonardo Salvini photographed the best of Ferré’s white shirts. Stoppini’s images show the shirts in movement on the model, while Salvini’s x-ray-like photos unveil the technical detailing of the shirts. It is the work of these photographers that is now on our Tumblr.

Nevertheless, white shirts were not the initial hallmark of Gianfranco Ferré. Trained as an architect, he made his first steps into the fashion world in the early 1970s when the jewellery he was making for friends and classmates was picked up by influential fashion buyers and editors.

Throughout the seventies he worked for various Italian companies, designing accessoires, clothes and swimwear. His work for the San Giorgio Impermeabili clothing company based in India turned out to be most influential, as it gave him the chance to explore India’s local craftmanship and culture of aesthetics  that later resurfaced in his own work.

By 1978, he set up his own label for womenswear, adding menswear and Alta Moda over the course of the 1980s. In the same decade, he taught fashion in Milan and became creative director of Dior. Ferré left Dior in 1996 and continued working on his own house until he passed away after suffering a brain hemorrhage in 2007.

Throughout his career, it was the white shirt that revealed his mastership of creativity in construction and shape. In  the white shirt, Ferré reinvented structure, proportion and volume, drawing from his training as an architect and his travels.

The Gianfranco Ferré Foundation was established in 2008 and is dedicated to preserving the legacy of Gianfranco Ferré. The foundation is also an associate partner in the Europeana Fashion project.

Earlier this month, Europeana Fashion went to the annual Wikimedia conference  to share its experiences with museums, projects and the Wikimedia community from all over the world during a panel especially dedicated to the topic of  enhancing open access to digital fashion content.

MoMu - Fashion Museum Province of Antwerp was one of the partners that went to London to speak about its experience with creating open access to its collections. Photo: Gabrielle de Pooter. CC-BY-SA 2.0.

Organising edit-a-thons and being part of Europeana Fashion is an on-going and instructive process for our partners and it helps them explore the best ways of opening up their collections online. At the conference, a number of our partners came together to talk about their experiences: MoMu – Fashion Museum Province of Antwerp, Netherlands Institute for Sound and Vision, Israel Museum Jerusalem and Wikimedia chapters from Israel, Italy and Sweden. Europeana Fashion has also published a handbook about organising fashion edit-a-thons.

If you are interested in making fashion content available on Wikimedia or in organising a fashion edit-a-thons, we invite you to contact Europeana Fashion at communication@europeanafashion.eu.

This exciting research endeavor developed 11 success measures and 22 independent measures and incorporated these into a survey tool that was central to the project’s https://college-homework-help.org effort to identify and prioritize the factors that make some u 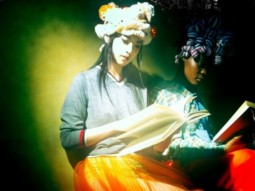 Contact us with your work and ideas at communication@europeanafashion.eu

Yesterday, we shared anti spy mobile free app download a review of the first of such controllers to hit the market, the moga ace power 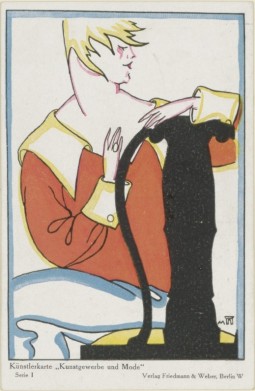 War affects societies, their cultures and thus their fashions. In the light of the 100 year remembrance of the Great War (1914-1918), a conference in Paris and exhibition in Berlin this autumn will explore the cultural history of dress in WWI.

On 12 and 13 December 2014, the Institut Français de la Mode in Paris  will host the conference “Fashion, Dress and Society in Europe during World War I”. The conference will explore how fashion was affected by war economies and how it played a role in shaping national identities.

Overall and possibly unexpectedly, the period of WWI proves to have been a time of amazing vitality and modernity in fashion. The attractive dresses with half-length skirts, black as a fashion colour and comfortable suits of silk jersey are only a few of the stylistic innovations presented during this conference in Paris.

The National Museums in Berlin will also explore the topic with the exhibition “Wardrobes in Wartime: Fashion images during the First World War” at the  Kulturforum in Berlin (25 September 2014 – 18 January, 2015). Overshadowed by Art Nouveau and the so-called Golden or Roaring Twenties, the period of WWI has all too often been overlooked by fashion historians.

To further illustrate the history of the Great War through the culture of fashion, Europeana Fashion has created a Pinterest board with a selection of images from the Europeana Fashion portal and other sources that give a sense of how people dressed during the Great War. We invite anyone who has suggestions for images to contact us communication@europeanafashion.com.K-12 technology where to find and buy college homework in college-homework-help.org implementations perform dramatically better than others