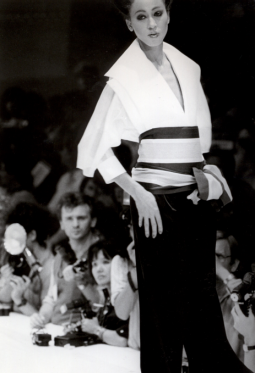 One of those projects is the exhibition “La camicia bianca secondo me. Gianfranco Ferré” opening tomorrow at the Museo del Tessuto in Prato, Italy. The exhibition explores Ferré’s, dubbed the “the architect of fashion”  most iconic pieces: the white shirt. 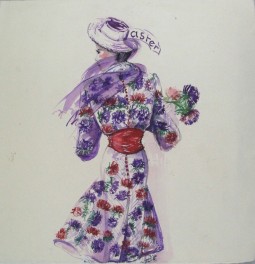 Europeana’s Open Culture app now contains over 350,000 images from 17 of Europe’s top institutions. Here are some of our fashion-and costume favourites from the collection of the Amsterdam Museum. Download the app for Android  or for Apple tabel devices.

His topspyingapps.com/snapchat-hack-app review of the controller is highly critical

This year, the house of Lanvin is celebrating its 125th anniversary. To mark the occasion, the house has decided to reveal the best of its archives online. The website will host a special section dedicated to the house’s history and is using social media for some special projects.

Lanvin celebrates 125 years on Pinterest with boards around the house's key codes. This board represents "Lanvin Blue". See more at: http://www.pinterest.com/LANVINOFFICIAL

A milestone in the history of Lanvin is celebrated every Thursday on Facebook, Instagram will soon see snapshots from objects in the office of Jeanne Lanvin and Pinterest hosts boards highlighting the house’s five key codes: Lanvin blue, the house’s logo, hats, Jeanne Lanvin and her daughter Marguerite.

It was Marguerite after all that was behind the success of Jeanne Lanvin (1889-1946), founder of the brand and milliner by trade. Jeanne’s motherly love inspired the custom designs Jeanne starting making for her daughter. They became all the rage with the fashionable Parisian set of the early 1900s and Jeanne soon found herself in womenswear.

Lanvin’s success grew throughout the 1920s and 1930s. She introduced a youthful aesthetic that blurred the lines between childrens’ clothes and womenswear, reflected in her popular “robe de styles”. Her patterns were simple but she embellished them with embroidery, appliques, ribbons, and sunbursts. Colour was another code for Lanvin, particularly “Lanvin Blue” inspired by a fresco of Fra Angelico that Jeanne saw in Florence.

After Jeanne passed away in 1946, her daughter took over for a short time, followed by several designers over the next decades. Since 1999 designer Alber Elbaz has been credited with restoring Lanvin’s glory and reinstalling the house’s signature codes.

For $99, he says the device is built terribly, and that while yes, the buttons do work, ios games still show on-screen buttons, even when the controller is how to retrieve deleted messages on android plugged in 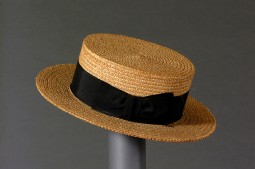 Now the fashion season has kicked off again with menswear shows in the major fashion cities, we look at an object that has nearly disappeared from men’s fashion. While once a prerequisite for every self-respecting man, the hat is now only worn for formal occasions or by those who dare to wear one. We selected some hats from the history of menswear.

Men have been wearing hats since the 10th century and hats have always an indicator of the social status of the wearer. Men wore hats outside, to church, but also inside. The styles were dictated by fashion, changing hairstyles, developments in technology or even practical reasons. Hats went out of fashion in the 1950s, as hairstyles grew more voluminous and the car protected wearers from rain and sunshine instead. Hats are now worn for formal occasions, such as weddings, or by those would dare to stand out.

This house cap was worn by a male from the upper classes in the 17th century. The upper classed loved wearing wigs at the time, so having short hair made the fashion more practical. To keep warm though, men wore house caps. This house cap is a special one as it was worn to celebrate the birth of a child. It was a common tradition to wear the cap for nine days. House cap, 1725/1750. Centraal Museum Utrecht. Copyright: Centraal Museum/Ernst Moritz. http://bit.ly/1kqtSSX

The top hat came into fashion in the early 19th century. It is said to have been debuted by the English milliner John Hetherington. His appearance with the new hat initially caused him to be fined, but the top hat grew immensely popular throughout the 19th century. Nowadays, men still wear the top hat for formal occasions. Top hat, 1880-1920. Collection MoMu - Fashion Museum Province of Antwerp. http://bit.ly/1iTreDB

The boater or canotier was popular in the summers of the early 20th century. Initially, the boater was worn by rowing enthusiasts in the late 19th century, but it became a fashionable choice for casual Parisians during the Belle Epoque. It could be seen everywhere, even combined with more formal wear. Canotier, 1900-1930. MoMu - Fashion Museum Province of Antwerp. http://bit.ly/1fcTDnf

Man wearing canotier in Deauville, 1919. From the French National Library. Photograph in the Public Domain. http://bit.ly/K5iTNV