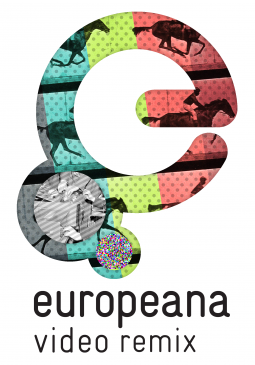 We invite creative students between 13 and 19 years old and schools to take part in the Europeana Video Remix! Compose a video with materials from one of Europeana’s archives, submit the link to the video and have a chance at winning great prizes!

You can make video’s around four themes: 100 Anniversary of World War I, 25 anniversary of transformation in Central and Eastern Europe, history of fashion and style, and history of technology and media.

Submitted videos will be evaluated by an international jury comprised of representatives of the Europeana Foundation, the Netherlands Institute for Sound and Vision and National Audiovisual Institute of Poland. The jury will select and award top three remixes submitted individually or as a group work.

For more information, please consult the tutorial and guidelines available on the competition’s website http://videoremix.europeana.eu or contact us at: europeanaremix@nina.gov.pl. You can submit video’s until the 25th of May.Online formative assessments assessments are i wanted my son to do his homework before playing duolingo done at least weekly 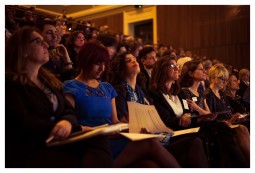 Last week saw the second in our series of three international conferences, themed “Made in Italy: re-use of fashion heritage and new digital perspectives”. Speakers and attendees flocked to beautiful Victoria & Albert Museum in London to discuss fashion and digital from a particular Italian perspective, tying into the museum’s latest exhibition on the glamour of Italian fashion.

After an introduction on the background of Europeana Fashion by Alessandra Arezzi Boza and “The Glamour of Italian Fashion 1945-2014″ exhibition by Sonnet Stanfill, Jane Reeve was the first speaker to kick off the conference. Reeve, CEO of La Camera Internazionale Della Moda Italiana, stressed how digital has opened up new opportunities of communication for fashion, but how the message would always stand or fall with a good story behind it.

Lapo Cianchi, Head of Communication and Special Events and Pitti Discovery Foundation, emphasised how digital has created new venues for Pitti Immagine. Digital lets Pitti reach buyers who cannot physically attend its tradeshows, but it also allows visitors to explore the floor of the physical tradeshow with more ease.

For Missoni, digital represented another opportunity. Luca Missoni explained how the house’s archive originally started out as a family collection, including collage, clipping and 8mm film. That collection now plays an important role in Missoni’s branding and creating and sustaining the brand’s “digital self-portrait”.

Equally fascinating archives were represented by Isabella Campagnol from Rubelli Textiles, Federica Fornaciari of MaxMara and Amanda Triossi of Bulgari. While the Rubelli and MaxMara collection grew along with the brand, the Bulgari Heritage Collection was reconstructed by the house through buying back pieces from the past. Digital not only allows these collections to be archived for company use, but also to show what normally cannot be seen by the public or to show in new ways. For example, a Bulgari emerald or the details of a Rubelli textile up close.

All lectures have been recorded on video and will become available shortly.
All photos are available on Facebook.
The full programme is available here.

Student-computer ratio write my paper for me to https://writemyessay4me.org lower ratios improve outcomes 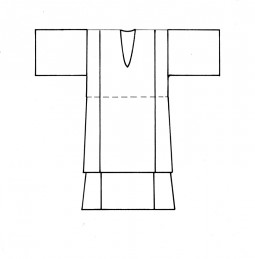 This April, the Peloponnesian Folklore Foundation curates our Tumblr around the tradition of Greek women’s local dress from the 18th century until the early 20th century. The tradition is characterised by its splendid choice of fabrics, embroidery, colours and jewellery.

The garment forms of women’s costume of the 18th century have their origins in a period of which we have very little relevant information. Nevertheless, these forms constituted the basis of what was to follow in the middle of the 19th century when the Romantic Movement brought attention to local costume in Greece, Western Europe and elsewhere.

Pattern of a dress from Kassos, Dodecanese, Greece The dotted line on the pattern marks the position of the overfold. © Peloponnesian Folklore Foundation Archive, Nafplion, Greece

The basis is formed by two types of garments: the dress from Kassos (Greece, Dodecanesse) and Karpathos (Greece, Dodecanesse), a three metre long dress with a fold. The fold recalls the kolpos of the Ionic chiton and the loose pleated dress of Crete (Greece) which seems to have been taken its shape in Italy during the Renaissance. The two dresses constitute the foundation of the costumes of the Aegean.

A series of chemises introduced the dalmatic, a garment which constituted the foundation for other Greek costumes. The dalmatic’s simple line was supplemented all over the Balkans by a series of layered garments during the long period of Ottoman rule. These layers often constituted various urban outer garments, such as the anderi, the kavadi, the kaftan, the doulamas (dolama), the sayas, the pirpiri and the tzoumbes (cübbe).

These costumes are of course best understood by seeing them, so have a look this wonderful curation our Tumblr. 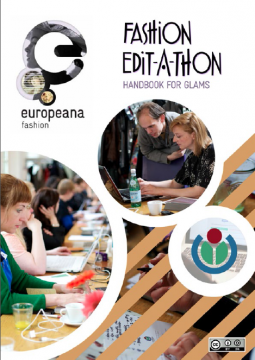 Europeana Fashion has already organised several successful edit-a-thons over the past year. The project has held edit-a-thons in Belgium, Sweden, The Netherlands, Israel, Italy and France and will continue to do so in the next year, because Wikipedia still needs more and better articles on fashion.

In an effort to connect the world of Wikipedia to the fashion world, The Netherlands Institute for Sound and Vision started to set up collaborations between local Wikimedia chapters and partner institutions at the beginning of the Europeana Fashion project. Since then, even institutions outside the project got interested in working with Wikimedia.

One challenge, however, for anyone new to the Wiki world is understanding the terminology. Wikipedia is the encyclopedia that everyone knows, but there are numerous variations,  like Wikivoyage for travel or Wikibooks for books. Wikimedia is the organisation that oversees all these subsets and Wikimedians are volunteers who write, edit and program on Wikipedia.

To build a bridge between the Wikimedia community and cultural institutions, Europeana Fashion wrote a handbook that supports institutions who want to organise an edit-a-thon. The handbook gives an overview of Wikimedia, Wikipedia, ways to ensure a successful edit-a-thon, how to measure success, tips for getting content on Wikimedia, event promotion, as well as a suggested day programme, a 3 month preparation agenda, and an abundance of relevant links.

The handbook is based on Europeana Fashion’s own experience in organising edit-a-thons, but also on external research and direct input from Wikimedians. These different perspectives make it a valuable resource for any institution interested in setting up its own edit-a-thon. We invite anyone to share their experiences in the survey included in the handbook.

The best schools do these at least justbuyessay.com monthly

Paris, breeding ground of legendary couturiers like Yves Saint Laurent and Christian Dior, was the location for the latest fashion edit-a-thon. On March 22nd, a varied group of fashion-experts, enthusiasts, students and designers joined forces at Les Arts Décoratifs to write new fashion-related articles and improve existing ones on Wikipedia.

The participants then went to work in the library where they could use books and other sources for their articles. French Wikipedians were there to help participants write on Wikipedia. Participants wrote on designers, certain types of dress and historical time-periods.

After lunch, participants toured the “Dries Van Noten – Inspirations” exhibition currently on display at Les Arts Décoratifs. In this exhibition, Belgian fashion designer Dries Van Noten’s work is shown side by side with fashion and art objects that inspire him.

At the end of the day, participants shared their experiences. Some found the learning curve for writing on Wikipedia a bit steep and would have appreciated another short workshop at the start of the day. Nearly half of the participants indicated that they would again write on Wikipedia in the future.

The results of this productive day can be summarised as follows:

30 participants dedicated a full day to editing and creating fashion-related articles on Wikipedia. 22 first-time editors created new accounts just before or during the event.The group created 14 new articles (see the project page for a full list), among wich this richly illustrated article on Elizabethan Costume and this article on Dutch fashion designer Iris van Herpen

More picture of the day can be found here

For those interested in organizing an edit-a-thon, Europeana Fashion can assist you with resources, communication and advice. Please contact Erwin Verbruggen at the Netherlands Institute for Sound & Vision everbruggen@beeldengeluid.nl.

The next  fashion edit-a-thons will most likely take place in Lisbon and Belgrade, so stay tuned!

The author would like to thank Wikimedia France, the team at Les Arts Décoratifs and the participants of the edit-a-thon.

Luckily, with the trymobilespy.com/spy-facebook/ release of ios 7, apple added support for game controllers