We are excited to participate in this year’s Wikimania conference in London. Europeana Fashion will be respresented on Friday 8 August in the panel “F” for Fashion: our joint GLAM-Wiki efforts in collaboration with Europeana-Fashion during which representatives from Europeana Fashion and Wikimedia will talk about making their collections available for the public.

One of those ways is by organising fashion edit-a-thons, events during which people gather to write and edit articles on Wikipedia. Europeana has already organised several fashion-themed edit-a-thons around Europe and Europeana Fashion partners are making available images of their collections on Wikimedia Commons so people can use and re-use that content.

Europeana Fashion even published a handbook about how to organise an edit-a-thon!

We invite you to join us during the panel! 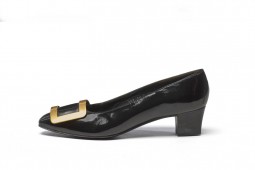 Europeana Fashion is happy to be home to nearly 300 of Roger Vivier’s shoe designs. Roger Vivier is one of the most celebrated shoe designers of the 20th century. His designs have adorned the feet of women like Josephine Baker, Marlene Dietrich and Queen Elizabeth. Here we select some of his most iconic designs.

Roger Vivier was born in Paris in 1907. After his parents passed away at the age of 10, he started an apprenticeship in a shoe factory on the outskirts of the city. Already at a young age, Vivier’s designs stood out. Their vibrant colours and wit contrasted sharpely with the more drab styles of the time.

In 1937, he opened his own shop in Paris. With the onset of WWI, however, Vivier moved to New York, as did many others individuals from Paris’ artistic circles. He reopened his shop in the city, but a lack of leather due to wartime shortages blocked him from making shoes. Instead, he started making hats with Parisian milliner Suzanne Rémy. Their shop on 64th street was all the rage.

After WWII, Vivier returned to Paris and both his career and innovations took flight. In the 1940s, Vivier became the first to use transparent plastic in footwear. Soon after, he was introduced to Christian Dior and he became the house’s shoe designer in the 1950s. During this time,  he reintroduced the stiletto and made the fetishised heel reach new heights, literally and figuratively.

In the 1963 Vivier relaunched his own business. During this decade, Vivier introduced thigh-high boots in plastic and moon boots. John Lennon wore a pair studded with rhine stones. He launched one of his most iconic designs in 1965, the Belle Vivier, a low-heeled pump with a buckle on the front. It was famously worn by Catherine Deneuve in the film Belle de Jour in 1967.

Vivier continued to design and sell 1000s of his designs over the next decades until his death in 1998. Even in 1996, at the age of 88, he innovated with a heel and sole moulded out of the same piece of plastic. His legacy did not go unnoted. Throughout the 1980s and 1990s, retrospective exhibitions honoured his work and many museums around the world have his shoes in their collections. 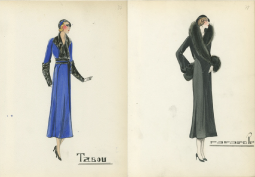 Already before WWI American department stores like Macy’s and Saks copied the designs of Bernard et C.ie. The Fashion house was hit hard by the world economic crisis of 1929 and was legally closed in 1934.

The drawings were made by the house itself and showcase the different models on offer. Many of the drawings also include a list of cost calculations. Discover the Bernard et C.ie drawings in Europeana Fashion.

The powershell seems to be of higher quality than the ace power, but the form factor makes plugging in your headphones kind of best phone tracking app difficult 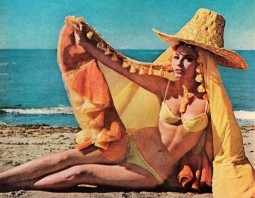 This week we continue our exploration of women’s swimwear. In this second part, we will look at swimwear from the 1960s until the 1980s. The body cult that started in the 1930s did not wane. Nevertheless, the 1960s marked a huge change in society and thus in fashion.

Last week, we ended with the 1950s. A period that was all about curves. This look continued into the early years of the next decade with curve-enhancing two-pieces, boy shorts and tops that enhanced the bosom.

However, the revolutionary 1960s turned society, and consequently fashion, upside down. This was best seen in swimwear near the end of the decade when the bikini became the norm. Bikini shorts hit the thighs and the top became small and less constructed. One-pieces with cut-outs made their appearance too.

The 1960s had started off with the mature curvy woman as the ideal of femininity and ended with the sharper edgier young female, symbolised by models like Twiggy. An ideal that has not changed much ever since.

Bikini made out of pearls by Emilio Pucci, 1972. Collection Fondazione Archivio Emilio Pucci. All rights reserved.

The young and edgy trend continued into the 1970s. Bikinis became mere strips of fabrics covering a body that was toned, tanned and ready for maximum exposure. The daring even started to take their bikini top off. Colours were bright and shiny, fabrics were tight. The body underwent an exercise regime of dance and fitness.

The trend for exercise did not diminish in the 1980s, it turned into a fitness craze. The 1980s body was muscled, ready for action and adventure. The high-cut bottom entered the scene, exposing the hipbone. Swimwear became an artificial skin that served to enhance the sculpture-like qualities of the body.

Overall, swimwear in the 20th century grew more and more bare. The female body went from being completely covered to nearly completely exposed as women started suntanning and swimming. Along with it grew a culture that put a heavy emphasis on maintaining a fit body. 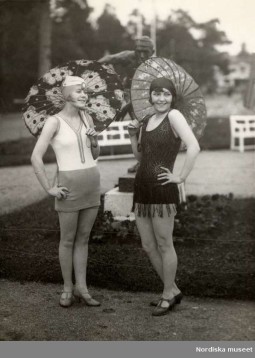 To celebrate summer and the fashion that goes along with it, we will talk about the history of swimwear in the 20th century in two parts. This week, we will look at swimwear from the 1910 until the 1950. A period in which women went from wearing complete attires to curve emphasing two-pieces.

Before the 20th century, nobody really “went swimming”. People did bathe in seawater, but mainly  for medical reasons. Even  at the beginning of the 20th century, swimming still was not acceptable for women and their heavy corsets and petticoats certainly did  not allow them.

WWI changed all that, with the men gone to war, women took up physical work. Their lifestyle and fashion changed accordingly. In 1914, Vogue first published an editorial on bathing suits, but throughout the 1910s bathing suits were conservative and covered a lot of skin. They were made of fabrics like wool and silk, were full of detailing and were heavily accessorised, the parasol being a favorite.

The one-piece was first introduced in 1918, but was still considered very avant-garde. It reached down to the knee and was only meant to be uncovered right before the swimmer entered the water.

In the 1920s travelling became fashionable and going to the beach became a stylish pastime. The popularity of sports also made swimming a favourite activity. The beach became a place to bo seen during glamorous holidays in Palm Beach, Deauville and the Cote d’Azur. Fashion responded with swim suits that were more tailored, slim and bare.

This trend continued and was pushed further in the 1930s. Fitness was a craze, the body had to be tip-top shapein order to show it off in back-baring, low-cut, tight one pieces that allowed for maximum sun exposure and comfortable swimming at the same time. The two-piece, baring the midriff, also entered the stage at ths time, but was still considered daring.

The bare midriff and a great sun tan became the look du rigueur in the 1940s. Due to wartime fabric shortages, accompanying garments were ditched, but the bathing suit itself became more dressy. The one-piece had now become mainstream and the bottom of the two piece was cut higher on the leg.

The midriff continued to be more and more exposed during the 1950s. While the decade started with looser more girly bathing suits, they soon become tighter and more curve-emphasizing. Tops were strapless for a bare neckline or boned to increase the body-hugging effect. It was all about the waist and the bosom.

The 1960s represented a huge change in society and culture which was, of course, reflected in fashion. Next week we will look at swimwear from the 1960s onwards.

Next week, we will continue with the history of swimwear 1960s-1980s.
Discover more swimwear in Europeana Fashion.